Representative Ronald J. Mariano (D-Quincy) has represented the 3rd Norfolk District, comprised of Quincy, Weymouth and Holbrook in the Massachusetts House of Representatives since 1991. He was elected as the Speaker of the House in December 2020 after serving as Majority Leader since 2011.

As the Speaker, his top priority is continuing to bolster the state’s COVID-19 pandemic response and position Massachusetts for sustainable, long-term recovery.

Throughout his career, Speaker Mariano has been a driving force behind groundbreaking legislation related to health care, criminal justice, gun control, and education. 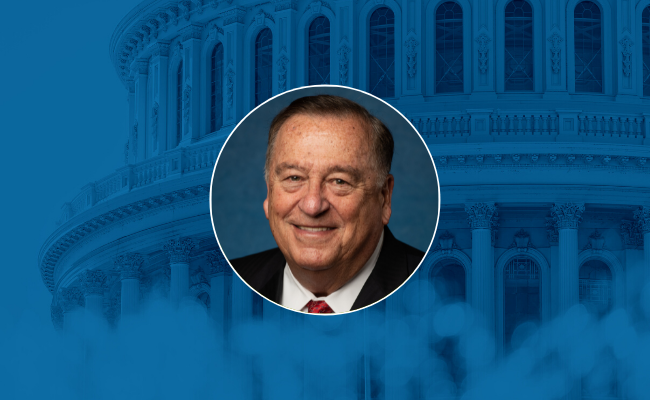 Throughout his career, Speaker Mariano has been a driving force behind groundbreaking legislation related to health care, criminal justice, gun control, and education. Serving as the House Chair of the Joint Committee on Financial Services, Speaker Mariano was a key architect of the Commonwealth’s landmark health care reform of 2006, which went on to serve as a model for the Affordable Care Act. He was also a principal proponent of transitioning the state’s automobile insurance market to managed competition in 2008.

As Assistant Majority Leader and then Majority Leader, Speaker Mariano led many of the House’s conference committee negotiations for bills that established school accountability standards, contained health care cost growth, reformed the criminal justice system, created an adult use marijuana industry, and regulated ride-sharing services. Speaker Mariano was the lead negotiator in Massachusetts’ 2014 gun safety reform and the subsequent ban on bump stocks, which have made Massachusetts a national leader in gun safety. Throughout his career he has been an ardent proponent of LGBTQ rights, civil rights, and ensuring access to reproductive justice and women’s health care. Most recently, Speaker Mariano led the House’s efforts to reduce barriers to access telehealth services and to provide a financial lifeline to struggling community hospitals.